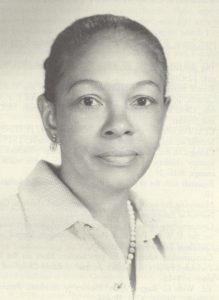 Mamie Phipps Clark was born on April 18, 1917, in Hot Spring, Arkansas. Her father was a physician and her mother was a housewife who had been actively involved with her husband’s medical practice.

At the age of seventeen, Clark graduated from Langston High School. Despite the race barrier for black students, Clark was offered various scholarships to further her education, two of which were, Fisk University in Tennessee and Howard University in Washington D.C. She chooses to attend Howard, where she major in math and minor in physic. That was when she met her husband, Kenneth Bancroft Clark who was a master student in psychology. Kenneth had persuaded Clark to pursue psychology because it is more favorable in term of employment opportunities, and would allow her to work closely with children regarding her passion. Later on, she has become the first female to a doctorate in psychology.

In her psychology master’s thesis, she had investigated the mental growth of the black children, who become aware of them self, belonging to a specific race group “The Development of Consciousness of Self in Negro Preschool Children.” Her research had become historic when it was used to support the Brown vs. Board education court case, it brought light to racial segregation in school. According to her research, children become aware of their blackness at a very early age, 4 or 5. The “race-consciousness” refers to the consciousness of self-identifying oneself based on their physical characteristics as members of the specific race group.

Along with her work at Northside, Mamie Clark was actively involving with her other community. She worked with her husband, Kenneth on the Harlem Youth Opportunities Unlimited project. She worked with the Board of Directors of numerous educational and philanthropic institutions.

Despite, the societal barrel of African-American women she had fought her way through many challenges and had made several great discoveries for psychology filed until today. Mamie Clark served as the Director of the Northside Center from 1946 – 1979 the year of her retirement. She died on August 11, 1983, leaving her great discovery until today.

Our exploration are mainly focus on trying to find Cambodian’s people talent. We are trying to show it to the world by creating a video and post them on Youtube. In this project we’ve been to four provinces such as Kampong Cham, Kampong Speu, Kampot, and Kep. 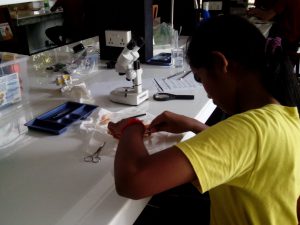 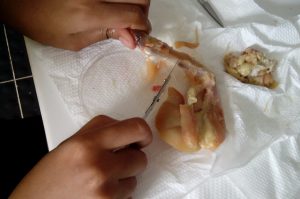 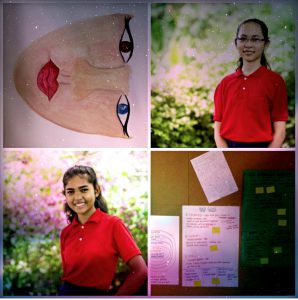 This round of exploration, the students are choosing their own topic to study about. Sopor and I come up with an idea of writing the fiction story for Cambodia kids. Our book is 12 chapters long which is about 30 pages. The book will be in two languages Khmer and English, including the black and white painting. We want to write this book, because we think that there are not many good fiction book for Cambodian kids. Our books are mainly for kids who are 10-14 year old. We spend most of our time in class writing the story, our biggest challenges were, how can we add Cambodia’s culture into the story and sometimes we have a bit of problem combine the two ideas. Even though, we have the smallest group compared to the other exploration, but we never run out of ideas for writing. 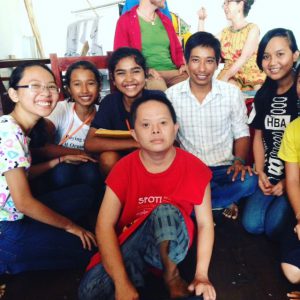 For more experience Sopor and I and the other three girls went to join Kampot Reader and Writer Festival. Kampot Reader and Writer take place in Kampot which involved many different author and people to come and share their experiences. In the festival we meet a group of ladies in session that talk about Cambodia Women Writer. They had mentioned that in the past women in Cambodia were not allowed to go to school so, they were not highly educated. As the time had developed women rights in Cambodia changed that women and men have the same rights. Also Sopor and I were invited to read and share our story to people that join the Cambodia Women Writer session. 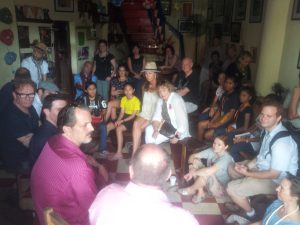 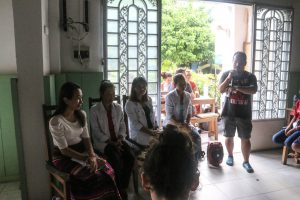 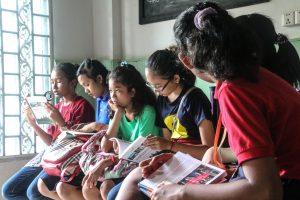 Our Hidden Voice project were mainly focusing on Khmer old musics and songs. In this project we tried to reintroduce our old musics and songs to the next generation by creating a podcast. We went to many places and interviewed many people in Cambodia. We also did the phone call to Liger students parents because most of them know a lot of songs. We not only interviewed Cambodia people we also interviewed the minority people in Mondulkiri. When we interviewed people I learn that Khmer old songs were really meaningful and when we listen to it we can get really emotional.