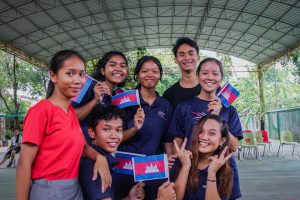 On the 24th of May, Liger had hosted one of the first ever Khmer Literature and Cultural Festival Day. We had an approximate of 400 participants from schools, NGOs, and private institutions in Cambodia. The festival was initiated with the aim to promote and preserve Cambodia’s culture and language among the younger generations. The festival also allowed an opportunity for students to meet with many Cambodian well-known writers, college professors, and working professionals. 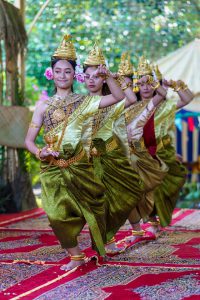 A few of the activities during the festival day​ includes the panel discussion on the topics ranging from an awareness of Cambodian Culture, the evolution of the Cambodian language, Khmer, to the tips and ways to write Khmer poems and short stories, along with presentation at multiple booths, Khmer Clothing Evolution Fashion Show, improved debate and public speaking session, poem competition, writing piece competition, and traditional dance shows. 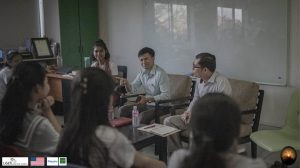 It was honored to be selected to be the moderator for a discussion on the topic of the evolution of Cambodian language along with two Khmer Literature professors from the Royal University of Phnom Penh, Cambodia. With drastic influences of English and Chinese languages in Cambodia, the way younger generations communicate has also changed immensely. One of the trends among the young people in Cambodia is to communicate with Khmer words while writing using English letters. For example; the world thank you which is written out to អរគុណ in Khmer is usually write as r-kun which still mean thank you but it is using the English letters. 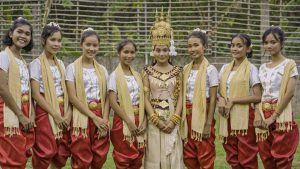 At the very end of the day, I pridefully dressed in traditional clothes and perform a traditional dance as part of the clothing ceremony. 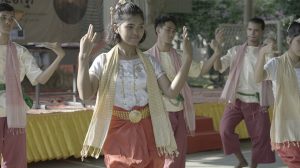 As a Cambodian, I am proud to be able to celebrate, share, and preserve the ancient culture of my country through this spectacular festival.