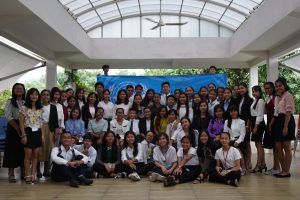 The Khmer Model United Nations conference (Khmer MUN) was hosted on the 11th and 12th of May at the Liger Leadership Academy’s campus. The conference consisted of a total of 60 participants from three schools: Liger Leadership Academy, Cambodia Children Fund, and Happy Chandara. Approximately, 50% of the participants have never had MUN experiences before and are mostly unfamiliar with MUN style debate and research. The theme of this year discussion is “participation not indifference”. The biggest inspiration behind them is to promote participation among the delegates to work together to form an agreement on the global issues that will lead to positive impacts.

With one and half day time, the delegates discussed and debated on topics ranging from the question of repatriation of colonial artifacts, transitioning to renewable energy, tackling food security, rights of children of incarcerated parents, improving air quality around the globe to addressing equality and legal rights for the LGBTQ community. The team has come up with seven different resolutions to all of the topics above: five of which passed with the majority votes from the committee members. All the debate from three committee started off very quiet, due to the majority of the delegates are new, however about an hour after the debate begin, many of the delegates have become inspire and passionate about the resolutions that they’ve started, the debate was on fire! The delegates continued to make speeches and ask many well thought out questions. One of our delegates have made a total of 11 speeches and asked questions 11 times!

Many of the delegates agreed that this conference has allowed them to explore their passion for public speaking, practice converse using a higher Khmer vocabulary, networking with more people, and understanding the role of the diplomats. Although the debate could be very stressful when discussing these sensitive topics such as the LGBTQ rights, many of our delegates believe that it was a valuable experience and something that no kids should be limited to because of their language barrier. 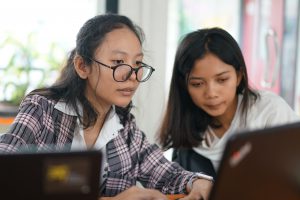 As the Secretary-General of this MUN conference, I am pleased to announce that the conference was a huge success. It has enabled countless opportunities for the participated students to have a more profound understanding and discussion of the world of the United Nations, the critical issues that the world is facing, and the many possible solutions. This has been a great learning experience for me and those who involved. I am hoping that Model United Nations conference in Khmer will be implemented as an annual event among the Khmer speaking schools.